How to change twitter handle and its impact on traffic 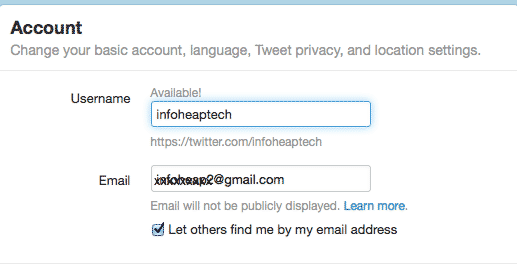 The new user has to be available for this change and once changed old user can be taken by someone else. Now even though changing twitter username looks like a simple thing to do, here are some thoughts on various pros and cons:

So it is better to choose a good twitter handle early and stick to it. But in case you decide to change it later, there does not seem to be any significant side effect.